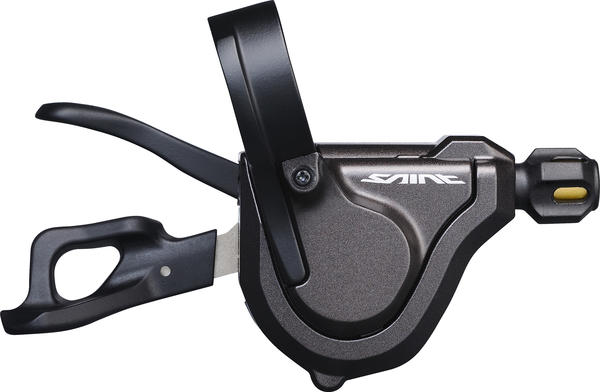 Perfected by some of the fastest downhillers on the planet, Shimano's Saint Rapidfire shifter is heavenly when it comes to durability and crisp shifting. The Saint boasts optional inboard or outboard mounting so you can run it on either side of your brake lever. The triggers shift in both directions, depending on your preference and instantly release so your gear changes are lightning quick. You're rolling down the trail and the a big gap ahead? Just pop, pop, pop and hit the lip with the perfect speed. The levers are a little longer for better leverage, too. And when you do take that occasional digger, the shifter pod is hidden away under the brake lever for extra security.